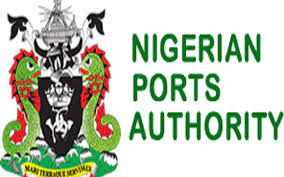 More than three decades after some staff of the Nigerian Ports Authority (NPA) ceased to be employees of the multi-billion naira Federal Government agency, they are yet to be fully paid their entitlements running into several millions of naira.

Their entitlements which include pension and gratuity have been enmeshed in what they called a “fraudulent computation and verification exercise” meant to shortchange them of their rights and privileges as former employees of the authority.

This is coming on the heels of several directives from several quarters including a Supreme Court judgment asking the management of the authority to pay.

In an exclusive interview with Maritime Bits, a representative of retrenched 1991 staff of NPA, Engr. Sylvanus Okoro stated that the management of NPA which has its corporate headquarters at NPA House, Marina, Lagos has refused to comply fully with the judgment.

According to Okoro, the management of NPA has portrayed its insensitivity to the plight of its former employees of 1991 and as a reputable organization should not be inclined to frustrate the efforts of employees who had assisted in building not only goodwill but has also given the organization its pride of place in the maritime industry and beyond.

He claimed that during their time in service, they were never involved in destruction or damaging of NPA’s properties just as they were not caught stealing at any point in time.

“The retirees neither absconded from duty nor abandoned their duty posts for any reason. We were obedient servants before we were retrenched on the 10th of June 1991, without the payment of our entitlements. The above mentioned infractions are what could deprive an employee of his/her statutory rights of pensions. We do not know why we deserve this severe punishment for over 30 years from NPA where we put in our best during our youthful age”, he said.

Okoro revealed that no fewer than 700 retirees of NPA have died without getting their payment in the course of their agitation for their entitlements in the last three decades.

He averred that their untimely death was accelerated by the lack of financial resources to adequately manage their peculiar health conditions and their families.

“Many of us are bedridden without money to buy drugs and if nothing is done urgently by the President by expediting actions to instruct NPA management to fully implement the full payment of our entitlements, more of the 1991 retrenched staff of NPA will pass on without the hope that they or their dependents will ever receive their entitlements”, he added.

The 1991 retrenched NPA employees representative called on President Mohammadu Buhari and the Minister of Transportation, Right Hon. Rotimi Amaechi to intervene and implement what he called “our full pension, gratuity and redundant benefits” as granted by the Supreme Court in suit number SC/190/2003 which affirmed the judgment of the High Court of Lagos State in suit number LD/1827/1992.

According to him, the retirees are fully relying on the provisions of section 210 (2) of the 1999 constitution of the Federal Republic of Nigeria as amended which made it clear that pension is a constitutional right, hence the Supreme Court pronounced judgment on the 11th of May 2007 in favour of the retirees. The sacrosanct provision of section (2) of the constitution, fundamentally protect the retirees pension, gratuity and redundancy benefits against negotiation or waiver.

He maintained that the Nigerian constitution is the supreme law of the land besides the fact that it is the ground norm and its supremacy has never been called to question in ordinary circumstances.

He stated that the management of NPA is doing otherwise to punish the retirees who worked hard for their fatherland.

His words: “The management of NPA knows that the constitution is supreme and its provisions shall have binding force on all authorities and persons throughout the Federal Republic of Nigeria. NPA refused to obey the constitution and has continued to impoverish the retirees for over 30 years and the retirees are left to die one after the other.

“Pension is a serious matter and it is designed to cushion the retirees from hardship of life in retirement and to also serve as a reward for the retirees past meritorious service to the employer and the nation at large. Therefore, pension benefits should have a human face. It is important for every organization in this country including NPA to wear a human face in the treatment of people, particularly the senior citizens because it could be anybody’s turn tomorrow to be a senior citizen. NPA must re-examine its attitude towards the senior citizens of this country so as to make them not to regret their sacrifice to the nation in whatever capacity”.

It would be recalled that on October 6, 2017, Amaechi inaugurated a committee comprising representatives of the management of NPA, Federal Ministry of Transportation, chambers of Simmons Cooper Partners and NPA’s lawyer, Mr. Bayo Osipitan, SAN, financial consultants from Tova Heights Associates, consultants from Matiks Consulting Limited and some members of the executives of the 1991 ex-employees of NPA, with the mandate of considering their grievances in the light of the Supreme Court judgment.

However, the committee sittings were deadlocked as the figures presented by NPA which it has always claimed was “full and final payments” was too far below the retrenched 1991 former employees entitlements based on the Supreme Court judgment.

Attempts to speak with the management of NPA failed as all efforts were proved abortive.